I think the number one all time grammar fail is the apostrophe.  It is not a punctuation mark for making words plural (more than one of something), it is a mark to show possession (ownership of something) or to show where letters are missing in a contraction (such as “don’t”).  There is an easy test I found to make it a little easier to determine if something needs an apostrophe for possession:
– the man[‘s] desk
– desk of the man
– the man’s desk
– both boys’ desks
UNLESS you actually hear the s sound when you say it, then you should add an apostrophe and s
– Phoenix’s traffic
– Waitress’s tables
That is a really important “unless” and one that is controversial.  Say it out loud if necessary.  Again, however, while it may be correct under one reference source, the person you are working for may not like it that way.  Do it the way they want it so you can stay employed, but keep fighting the fight and sharing your resources so that hopefully one day they will come over to your way of thinking (or just get tired of listening to you go on and on about it – which is what I think happens in my case more than I’d like to admit). 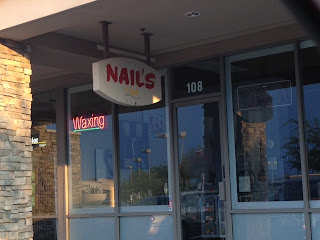