In honor of Easter, I couldn’t resist sharing this from an email this week. Enjoy your EATER egg hunts! 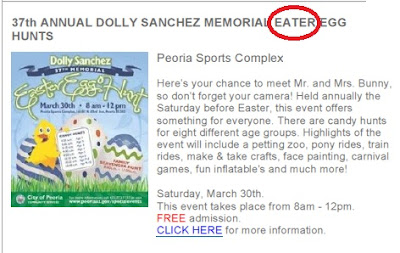 On the executive floor of a hotel I recently stayed in, this sign was on the lounge door. I had to look a couple of times because while it didn’t look right, I (and obviously others) have a difficult time spelling the word correctly. A quick Google search confirmed that it was, indeed, incorrectly spelled. 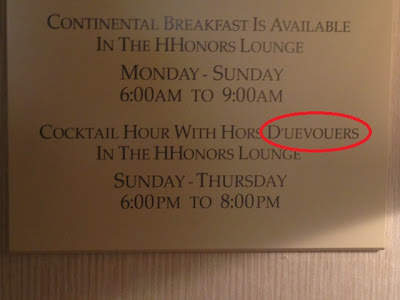 I read an article recently about a typo that cost the New York City transit system $250,000 to replace maps that had a typo in the minimum cost of the pay-per-ride card. Paying attention and proofreading are valuable skills in the marketplace. I wondered what other errors might have cost businesses and government agencies money and embarrassment that could have easily been prevented. Here are just a few examples that I found in my research: 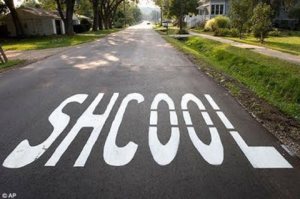 Everyone is busy, but slowing down and taking the time to make sure what you are doing is correct is obviously well worth it.

It’s frightening when you see grammar/spelling errors associated with educational institutions. Whoever was in charge of this should have received a refund of a portion of their college tuition. 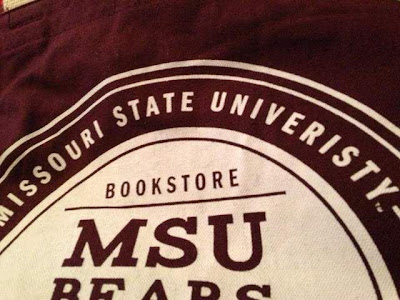 Less is used when you are talking about things that cannot necessarily be individually counted. Grammar Girl calls those “mass nouns.”

Of course, we are talking about the English language, so there are exceptions. The word less is typically used for measurements of time, money, and distance. 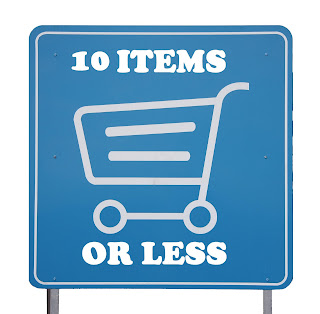 An interesting fact is that the signs in the grocery store for “10 items or less” is actually grammatically incorrect because you can count the items you put on the grocery belt (count nouns). To be grammatically correct, it should be “10 items or fewer.” That is one way to remember the difference (if remembering horrible mistakes helps you remember how it really should be). There is a belief, however, that in less formal writing, “10 items or less” sounds less stuffy, so is appropriate to use. Working for lawyers, however, has trained me that no writing is less formal, so I’m sticking with the “rule” and believing that all grocery stores are wrong!

One of the funniest parts about this television schedule I found in a hotel room last weekend is that my granddaughter who is in the third grade is the one who found it. Perhaps she could get a job proofreading for the Hampton Inn! 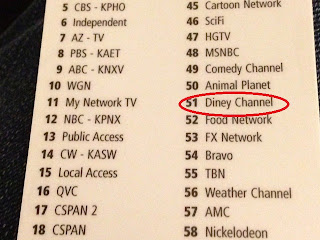 Follow
Commas are a mark of punctuation that seems to confuse a lot of people. Here are some common comma issues:
Commas have their place, just not necessarily as many places as people seem to want to put them.

Several people sent this to me, so it was obviously time to share it. Bus signs are good for making money for the bus companies, but please have someone proofread before the signs are shared with the public. Please! 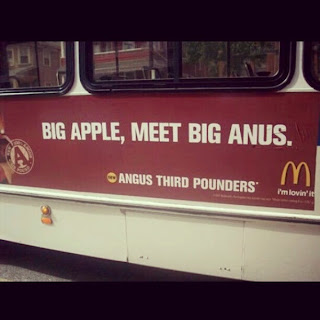