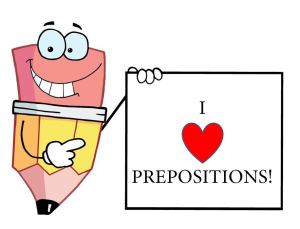 According to the Gregg Reference Manual, ending a sentence with a preposition is not always wrong–regardless of what your high school English teacher told you. It will depend on whether you are writing in informal or formal style. In a law firm, we are usually writing in a formal style, so sentences should not end in a preposition.

Sometimes when you try not to end a sentence with a preposition, you can end up with an awkward sentence.

Also be careful because sometimes the object of a preposition at the end of a sentence is not expressed.

You may be familiar with Sir Winston Churchill’s complaint to an editor who tried to discourage him from ending his sentences with prepositions, which has become one of the greatest examples of the hazards of NOT putting a preposition at the end of a sentence: “This is the sort of English up with which I will not put.”

The basic rule for ending sentences with a preposition is to use good sense. It is not completely taboo, but use your judgment for when it is appropriate.