My local news had a little bit of trouble spelling “Duchess.” A Duchess is the female equivalent if a Duke. Dutchess could possibly be a woman from the Netherlands, but is not a word that appears in a dictionary. The Duchess of Cambridge is a well-known figure and the headline is obviously incorrect. 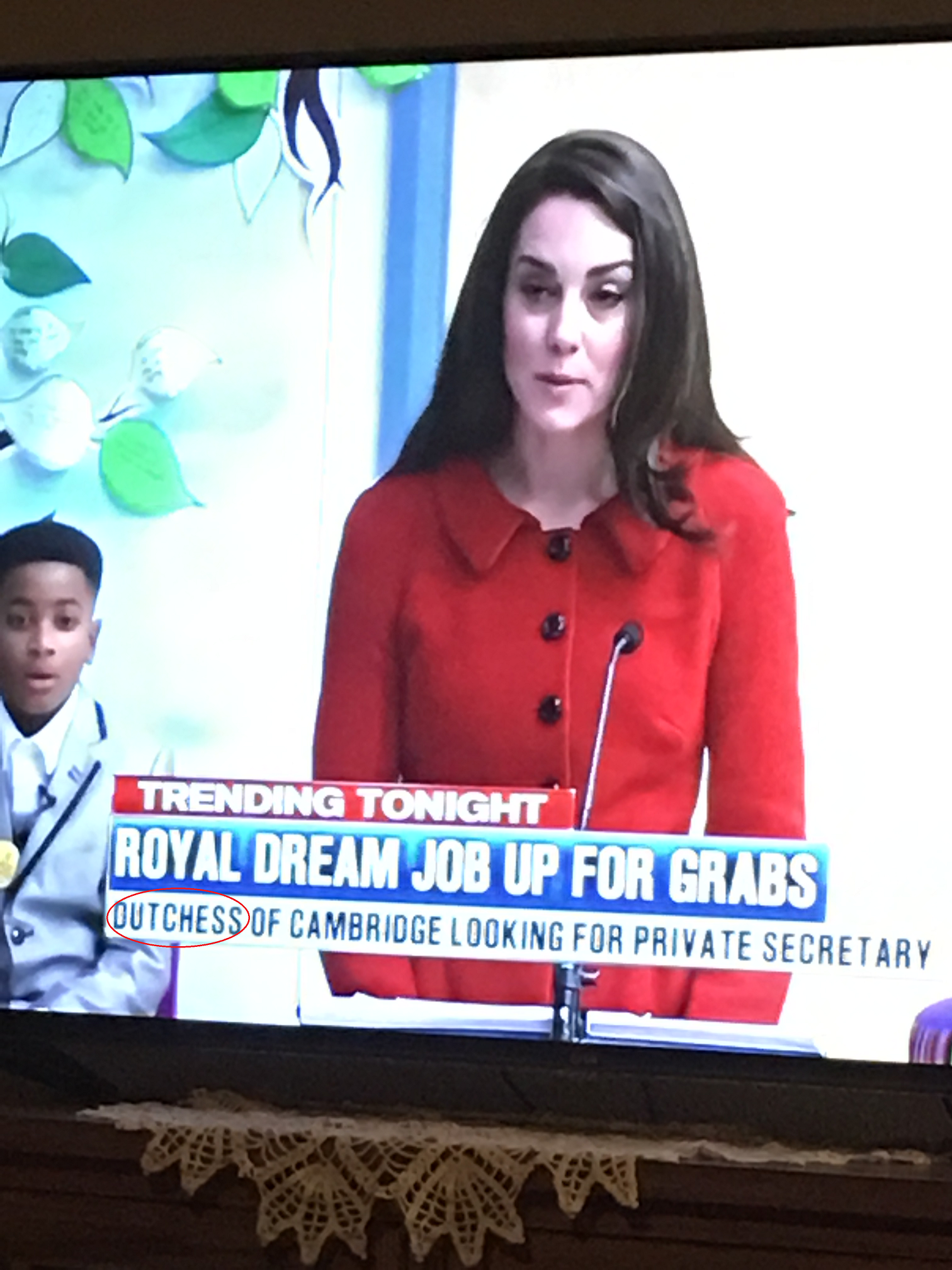 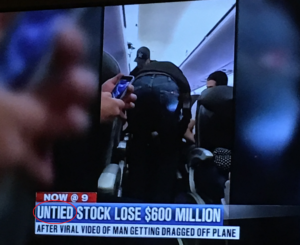 I saw this recently in an Amazon affiliate application. Really, Amazon? 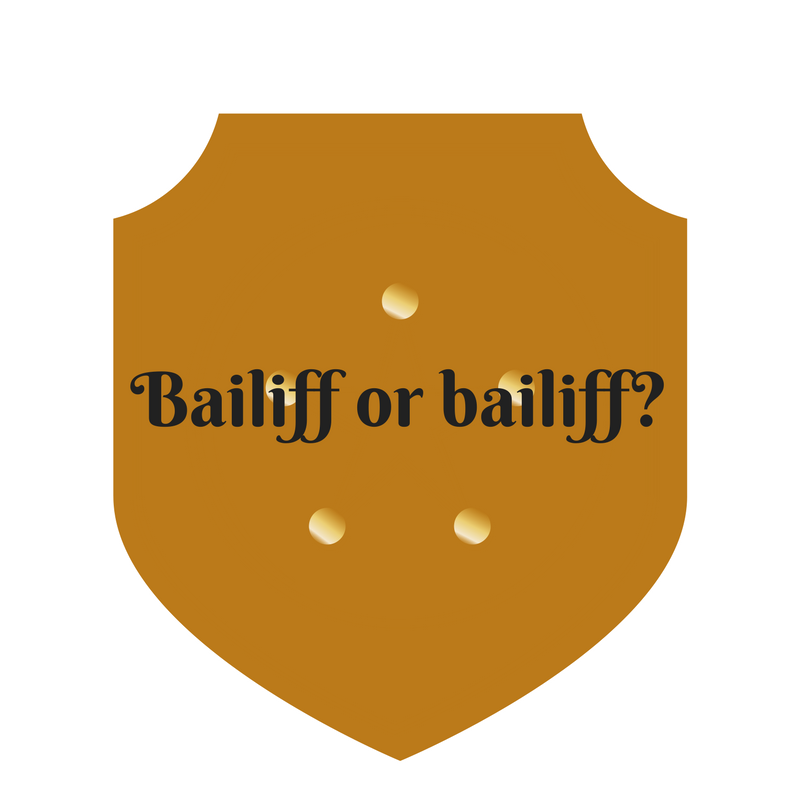 Once again my favorite news station gives me some material. The weather person realized the mistake, but couldn’t do anything about it. I’m thinking the temperature was supposed to be 60 degrees, but I guarantee the temperature shown is not a beautiful Arizona Spring day! 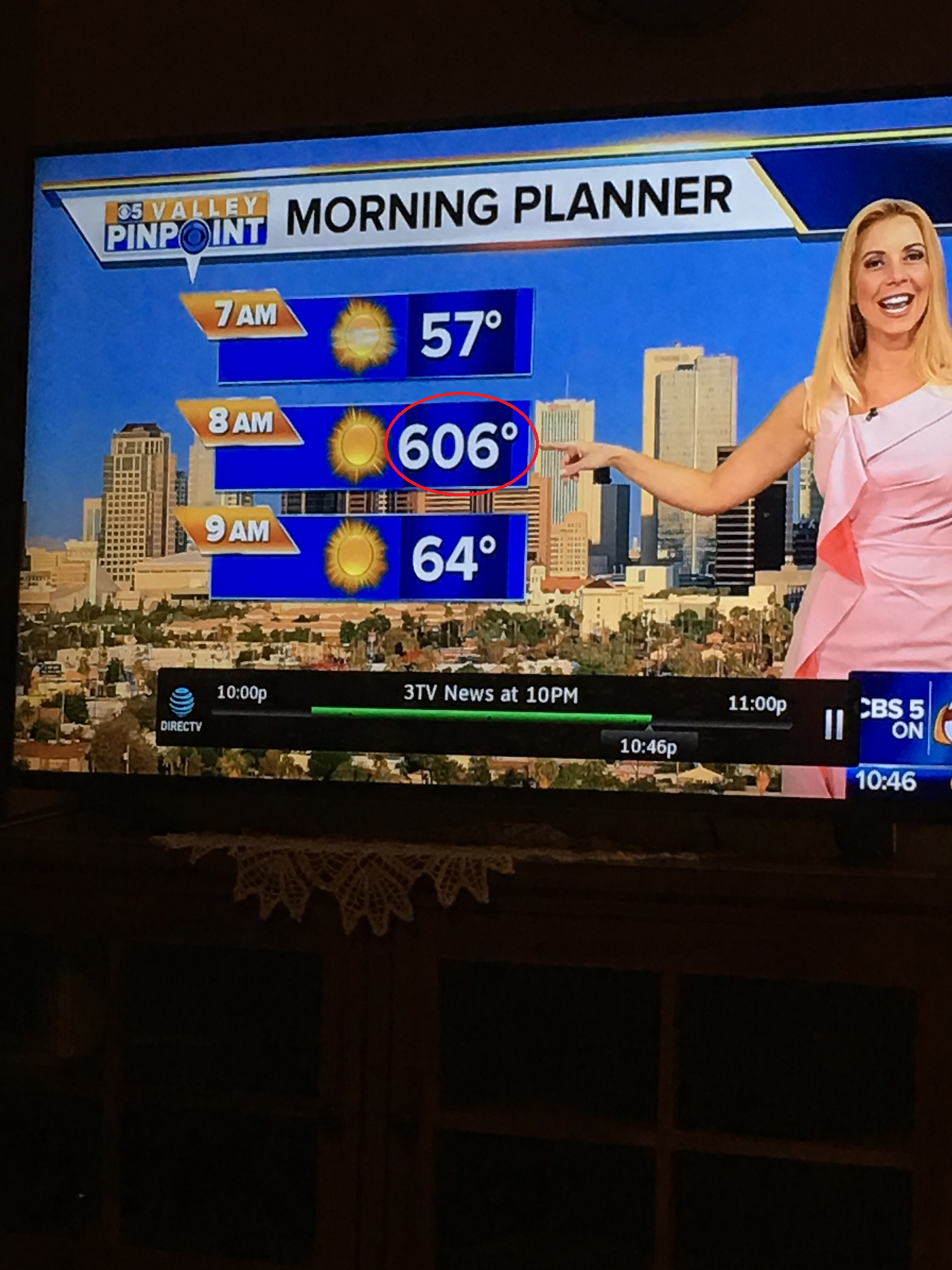 I noticed this when I was doing an ECF filing last week. All I can do is shake my head.

We found this error on a drink menu at a restaurant we recently visited. Perhaps if they’re going to abbreviate “glass” to be “gls,” they should abbreviate “pitcher” to be”pit.” That would at least fix this error. 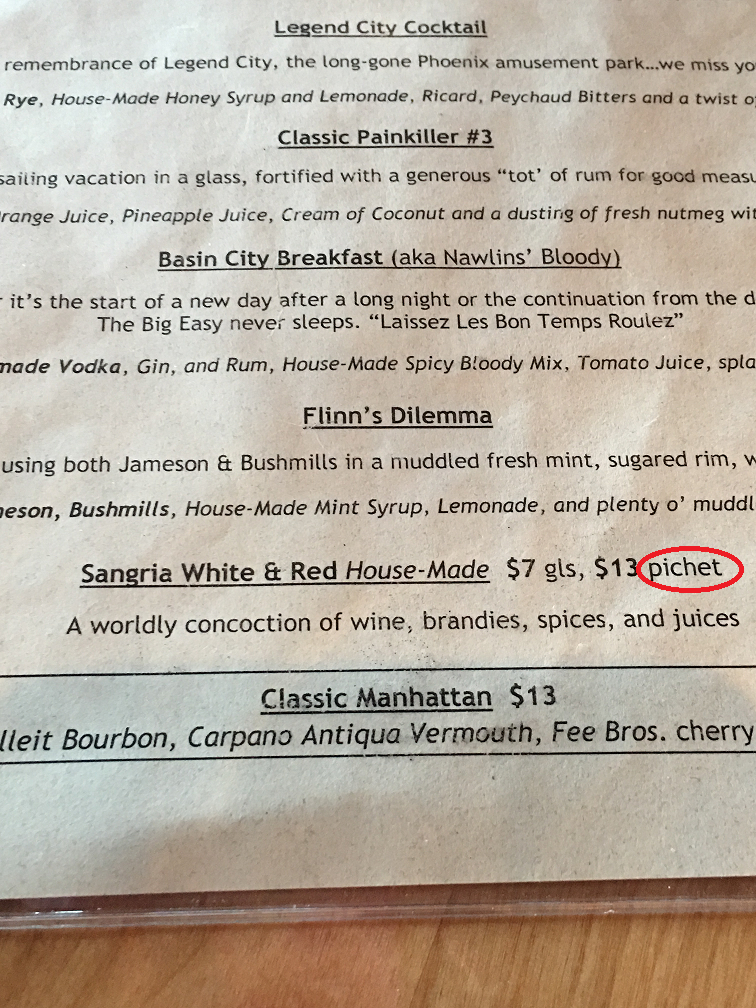 I found this one on Twitter. It should be ASKING for immunity. It is nice to know that it isn’t just my news station that has these kinds of errors. 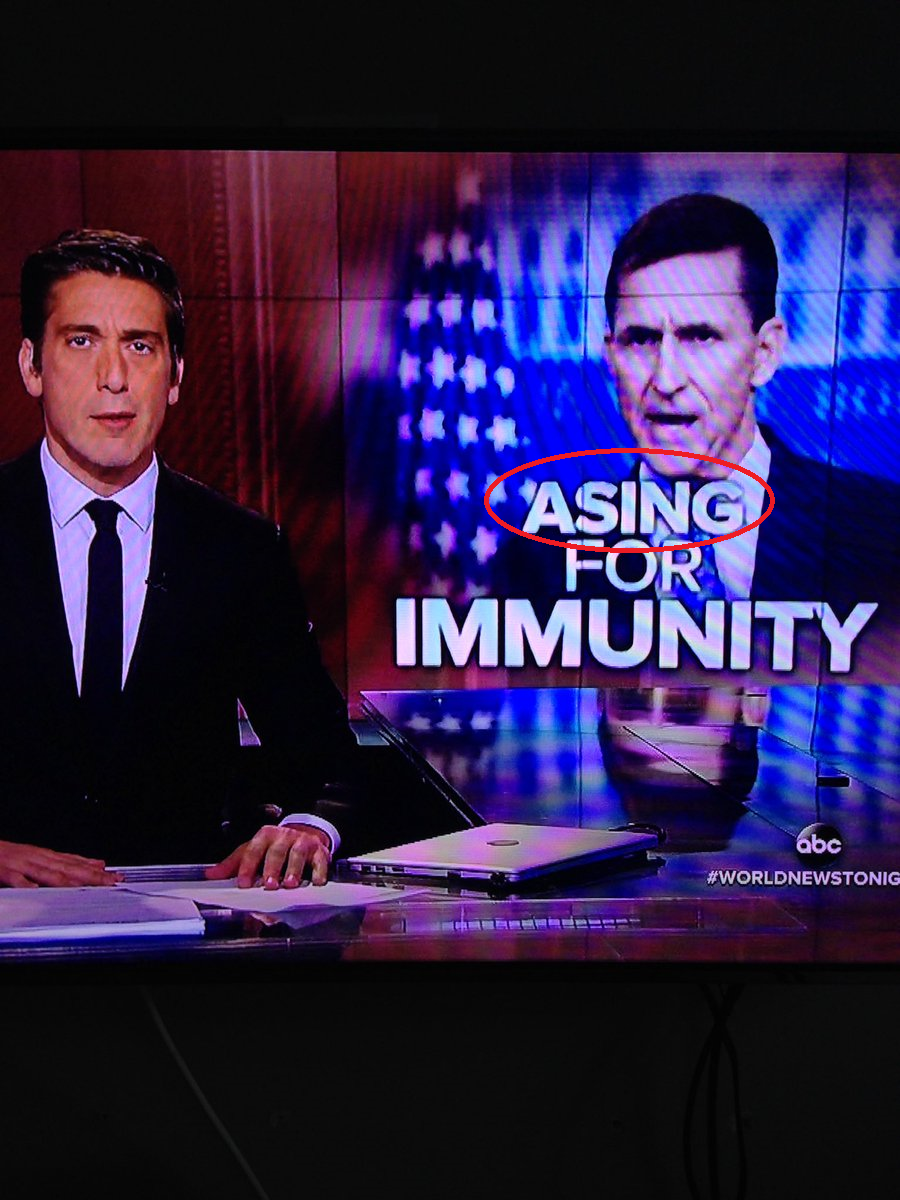 As I’ve said before, taking the time to proofread everything going out the door is worth it. It makes your firm look good, your attorney look good, and you look good. I typically redline my suggested edits to someone else’s document and send it back to them for review. Never ever just make edits as you could change the entire meaning of a document by changing one word or phrase to what you think they meant to say when that isn’t what they meant to say at all. Always let the author make the decision on whether the edits should be made.

I hope this was helpful to you. If you have other tips for successful proofreading, please comment below. We can all learn from each other.

My news station of choice always keeps me in material. This time it was a story about Burger King’s plan to distribute toothpaste that tastes like a Whopper (it was an April Fool’s joke). While the name of the toothpaste here is correct, the headline on the screen is not. Whoops . . . I mean Whooper! 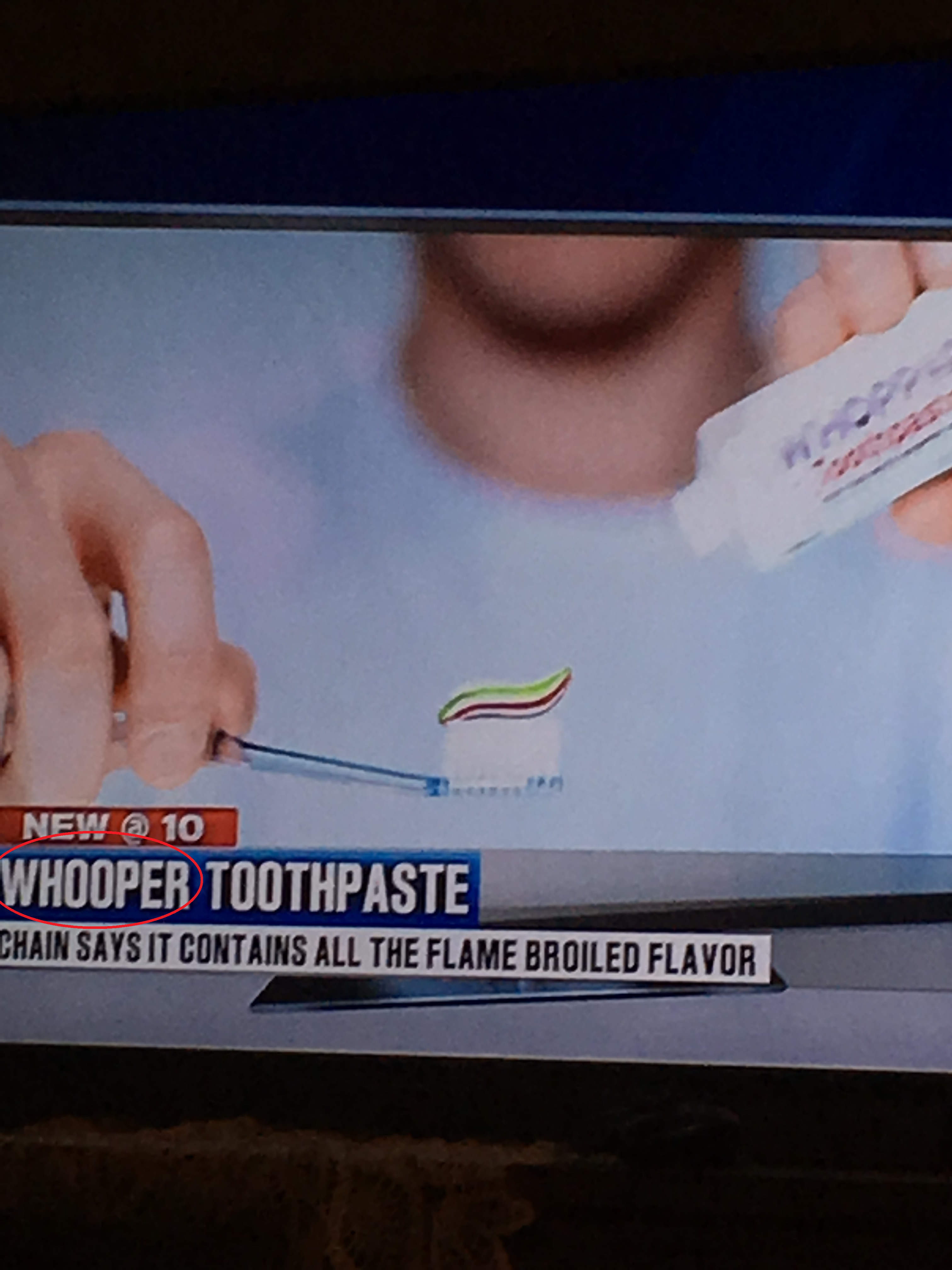