It seems that Facebook could be a virtual treasure trove of material for this blog. Unfortunately, I think I would lose all hope in people generally if I trolled Facebook for errors. Not only that, I don’t want people unfriending me or not friending me at all because they are too worried about showing up here. Just so you know, I don’t do that . . . unless it’s really good.  🙂 People are judging you every day and for some people, a Facebook post or tweet may be the only impression they have of you. Take an extra minute to make sure what you’re posting is in line with how you want to appear to anyone who may see your post.

First, I want to make it clear that on this Memorial Day, I am thinking of those who have served and continue to serve and those who have given all so I can enjoy my freedom. Second, I want to give credit to one of my favorite pages to follow on Facebook–Cake Wrecks. They always make me laugh and they always make me wonder what skills it takes to work in a bakery. I’m sure baking is first and foremost (as it should be), but decorating is important too. Perhaps we should develop a handbook of common phrases spelled correctly to sell to bakeries. Enjoy your Memorial Day and please pause to remember those American soldiers who gave the ultimate sacrifice. 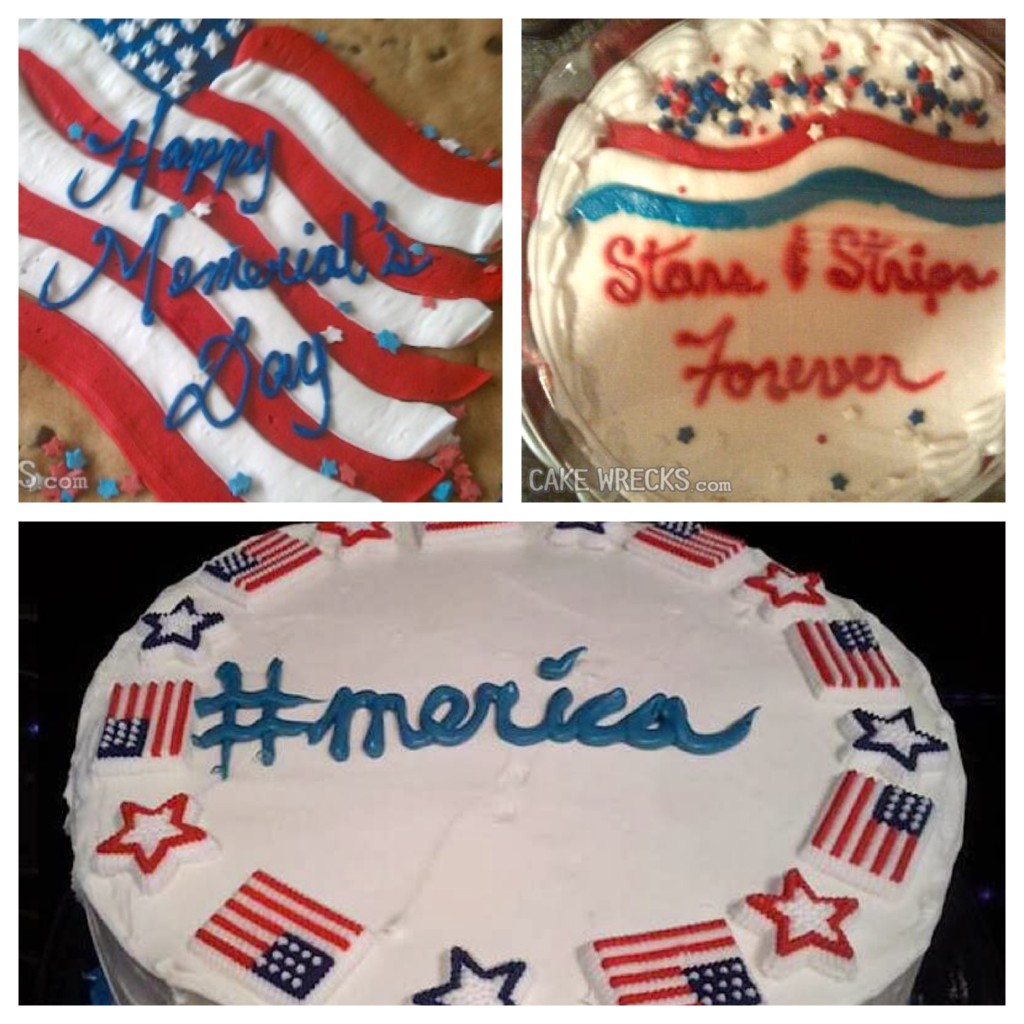 This is on the window of a restaurant next to my office building. As used here, this leads me to believe that either the gyro owns the sandwich and the platter, the owner’s name is Gyro, or it is the name of the business. All of those choices are incorrect (because I have eaten there and know it is your typical gyro) or I wouldn’t feel the need to pull out my phone as I was walking by. There should be no apostrophe at all so that you know they are selling more than one gyro (or it would be a VERY short lunch rush). If you missed my article about apostrophes, check it out here and then quit using them to make words plural . . . please! 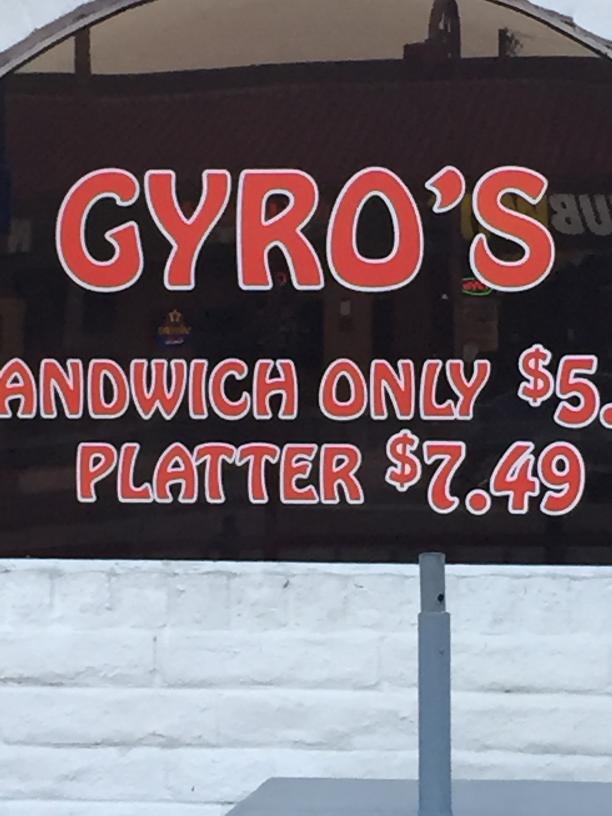 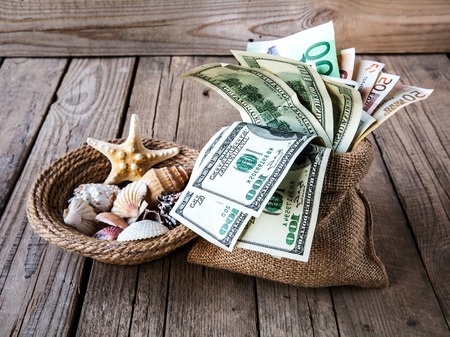 This I found on Google. They may learn something, but I’m not sure I’d trust this software to teach them something correctly. 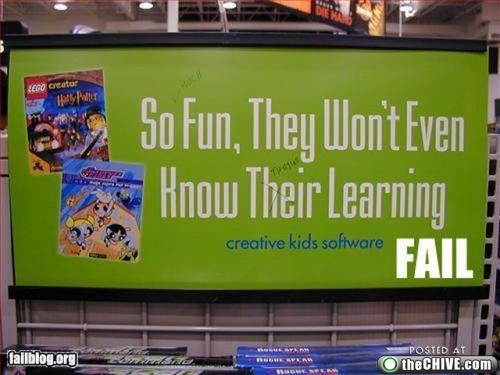 This is one error that I see a lot on Facebook that irritates me. It seems that the errors are mostly (but certainly not exclusively) made by young people. It is not a difficult concept.

A reader sent me this one. I don’t even know where to begin to figure out how that error–at least I hope it is an error–was made. 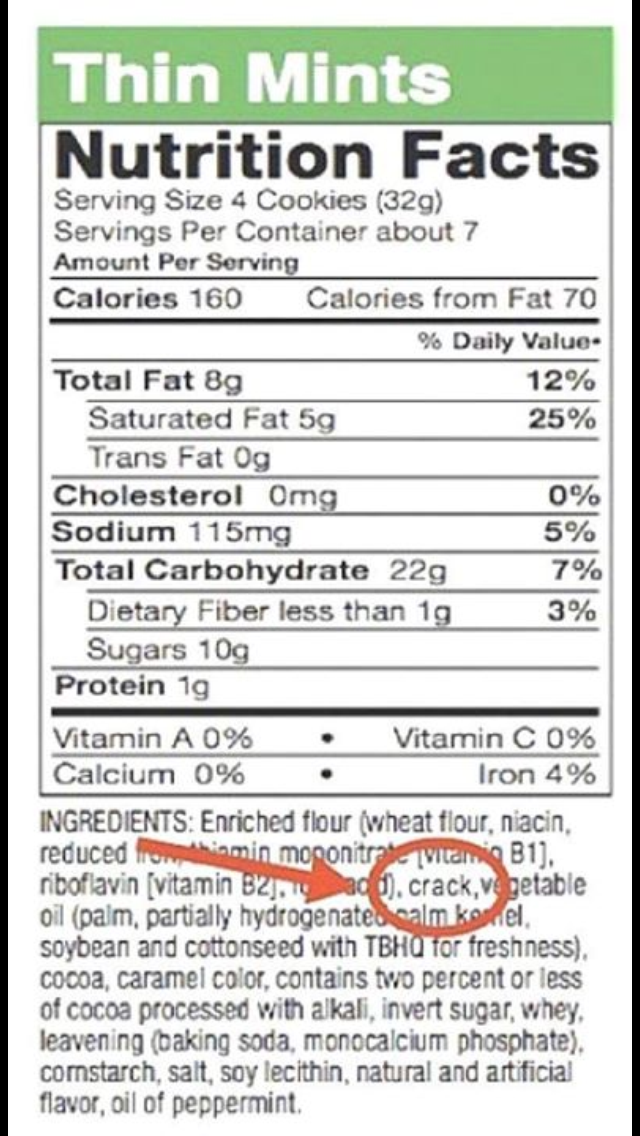 I found this on Google and hesitate just a little bit to make it a Grammar Giggle. Obviously English is not their first language, but waitress and waiter are one of those sets of words that already defines gender, like actor and actress, so you shouldn’t add gender and “boy” waitress is just plain confusing. Are they looking for a waitress or a waiter? The other errors in the sign will go unmentioned. 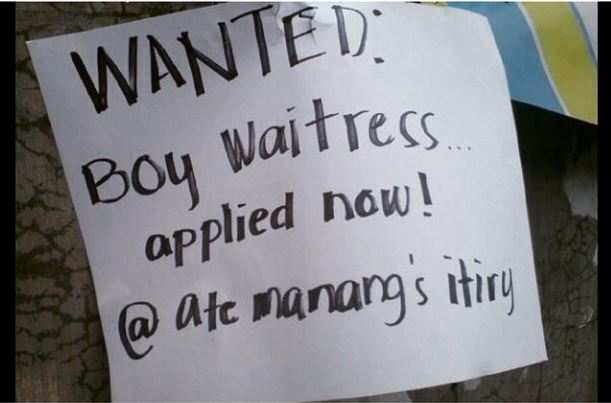 Dispensing medicine is a very important profession. And getting the instructions on how to take the medication correct is even more important. That’s why, when a friend forwarded this medicine bottle label to me, I was a little surprised at the instructions. Look carefully and see if you can see the problem. 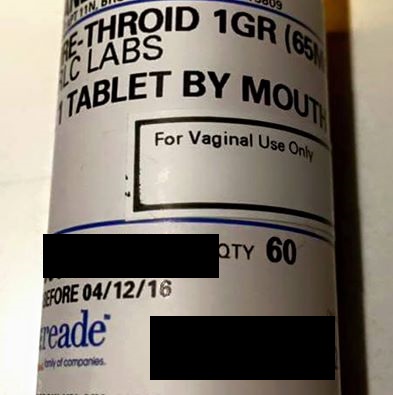 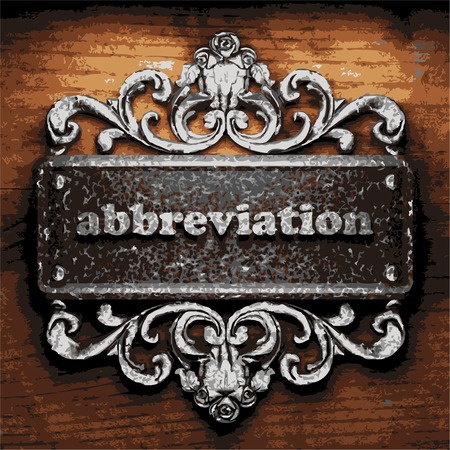 I found this gem on Google. Personally I would appreciate it if you keep your THONGS on your feet or, well, elsewhere and use TONGS, but maybe that’s just me. 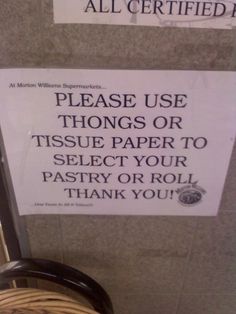