After a recent Proof That blog post about apostrophes and plurals, I had someone ask the question about words that end in “s” and how you make those words possessive. As much as I see it done wrong and as many questions as I get regarding plurals vs. possessives, I know it is a difficult concept to grasp, so I introduce an Apostrophe Decision Chart! You just check the boxes that answer the question about what you’re trying to do and it will help you decide if your word is possessive and needs an apostrophe, is a plural, or just needs to be left alone. There are several articles and Grammar Giggles on Proof That blog about apostrophes, possessives, and plurals, including one of the very first blog posts “Apostrophail.” You can search proofthatblog.com in the search box on the right-hand side of the home page for other articles about apostrophes and other topics you may be struggling with. But for this Apostrophe Decision Chart, let me know if it helps you or if it just complicates things for you. Everyone learns differently and my hope is that this will help those who need it to have an easier time figuring out whether or not to use an apostrophe and then how to use the apostrophe if one is needed. The Apostrophe Decision Chart is located in the Files section of proofthatblog.com or click here.

A local newspaper was apparently so intent on getting news out about rumors of a possible NFL trade that they forgot to read the news story. Here is just one paragraph of that story that I found three errors in–and I’m not even a real football fan!

There is some discussion about the apostrophe for President’s/Presidents’/Presidents Day. Some say it is only to recognize the current sitting President, which would make it “President’s” Day. Others say the day doesn’t belong to any of the Presidents, so it doesn’t need an apostrophe at all, and I think the rest of them don’t know which way is correct, so they just put one where they always do just to make the darn word plural.

My thought is that it is a national holiday designated to recognize all of the U.S. Presidents, so since the word Presidents is plural, you just need an apostrophe to show that the holiday belongs to all of the Presidents. Just remember to look at the base word without changing anything first. Is it singular? Is it plural? Then decide how you will make it possessive. There is more about that topic here.

This was a local news story and although I feared the apostrophe in “his” was something on my phone, it was not. And then I found the second error. Tucson, Arizona, is spelled “T U C S O N,” although it is frequently misspelled. But for an Arizona news station to misspell it–in the same article that they added an apostrophe to “his”–is inexcusable. “His” doesn’t need an apostrophe because the word itself means that it belongs to him so there is no other possessive for HIS apartment.

Sorry fellas. It looks like this special club is for only one gentleman at a time. Otherwise, it would be a “gentlemen’s” club. I found this one on my Bar Rescue marathon recently. I particularly liked that Jon Taffer, the star of the show, mentioned that it was misspelled. Now whether he knew that or one of the people working behind the scenes mentioned it, I don’t know, but they did and it caught my attention. When making a word possessive, start with the correct root word. In this case, since the club is for gentlemEn, it should be a gentlemen’s club. And it SHOULD have an apostrophe! 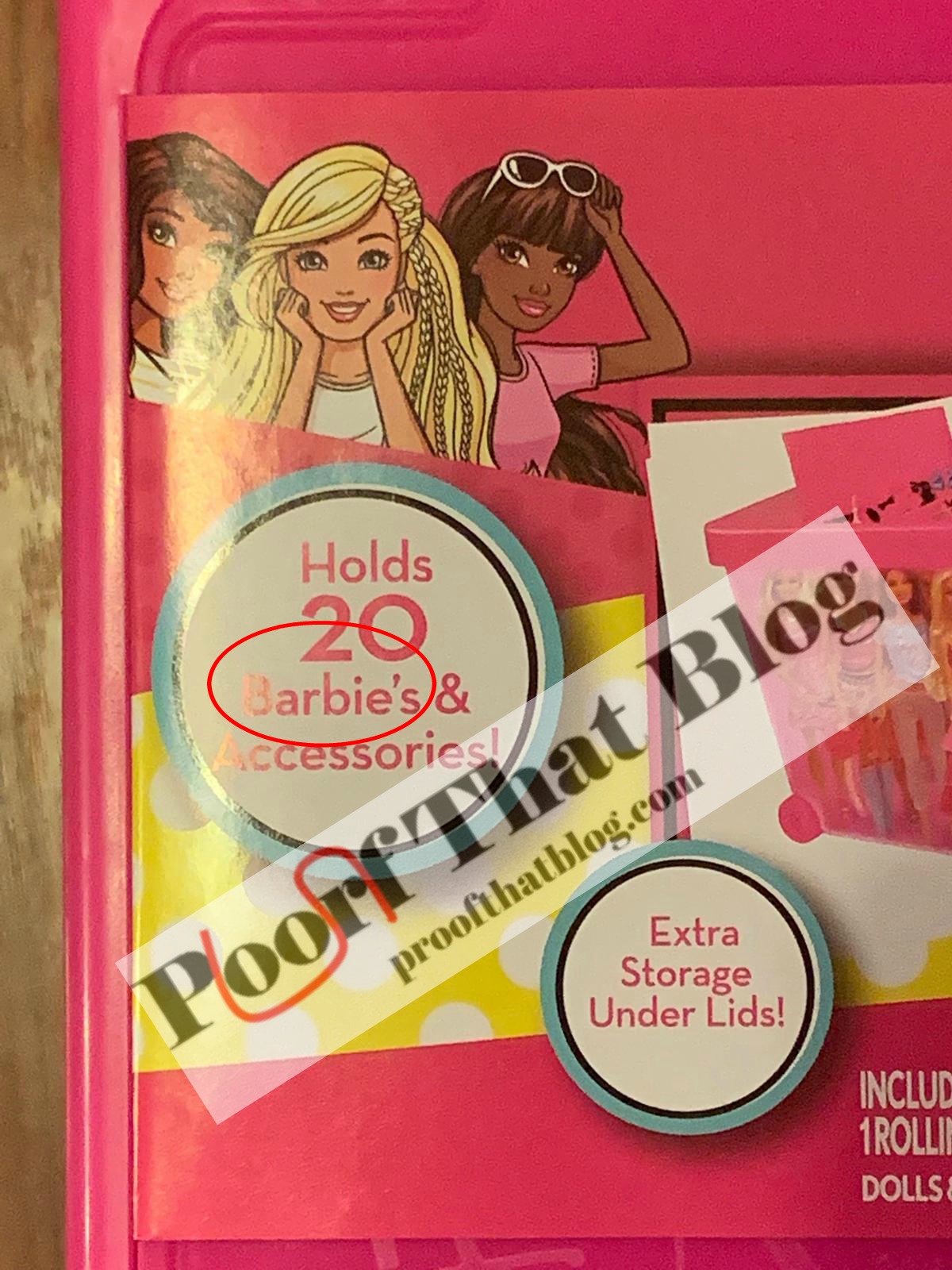 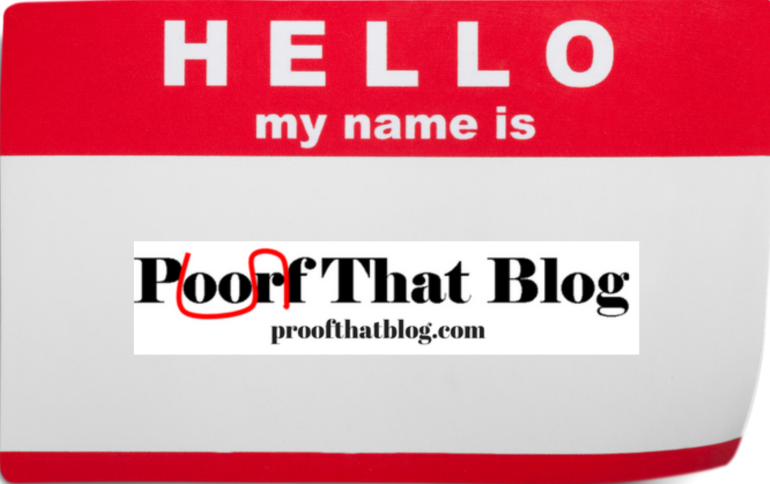 Since some people will be sending out holiday cards and/or letters soon (if they haven’t already), I thought it was time to rerun a blog post about making last names plural and possessive. If you are sending cards out for your whole family, please pay attention to this.

Another one from my local news. “It’s” is a contraction for “it is” and not possessive for “it.” 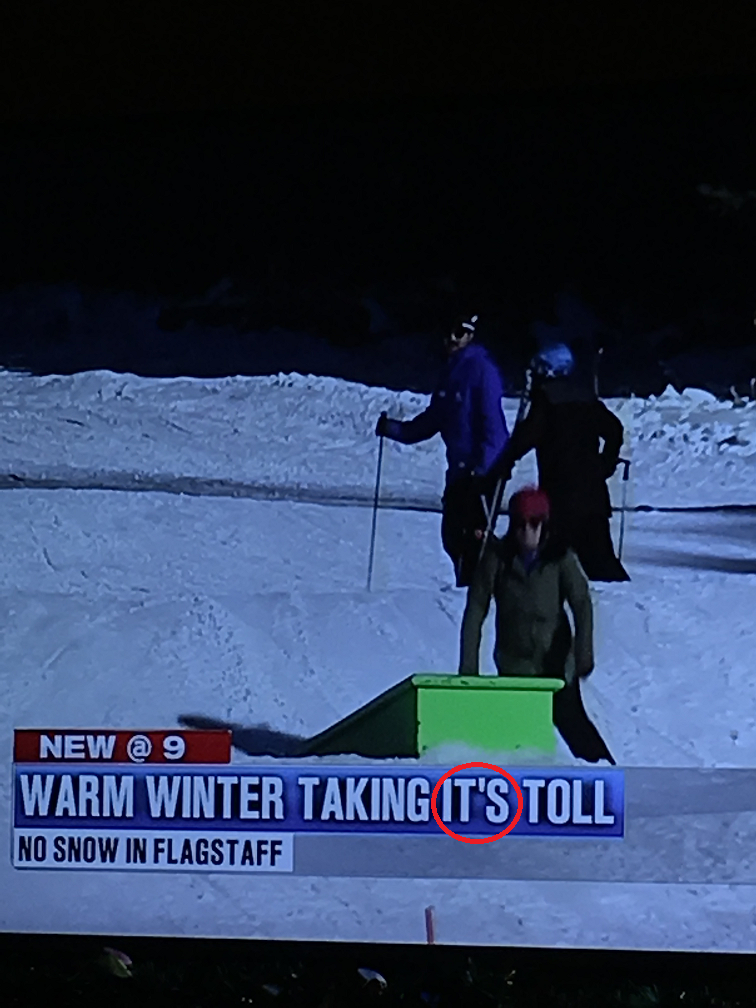