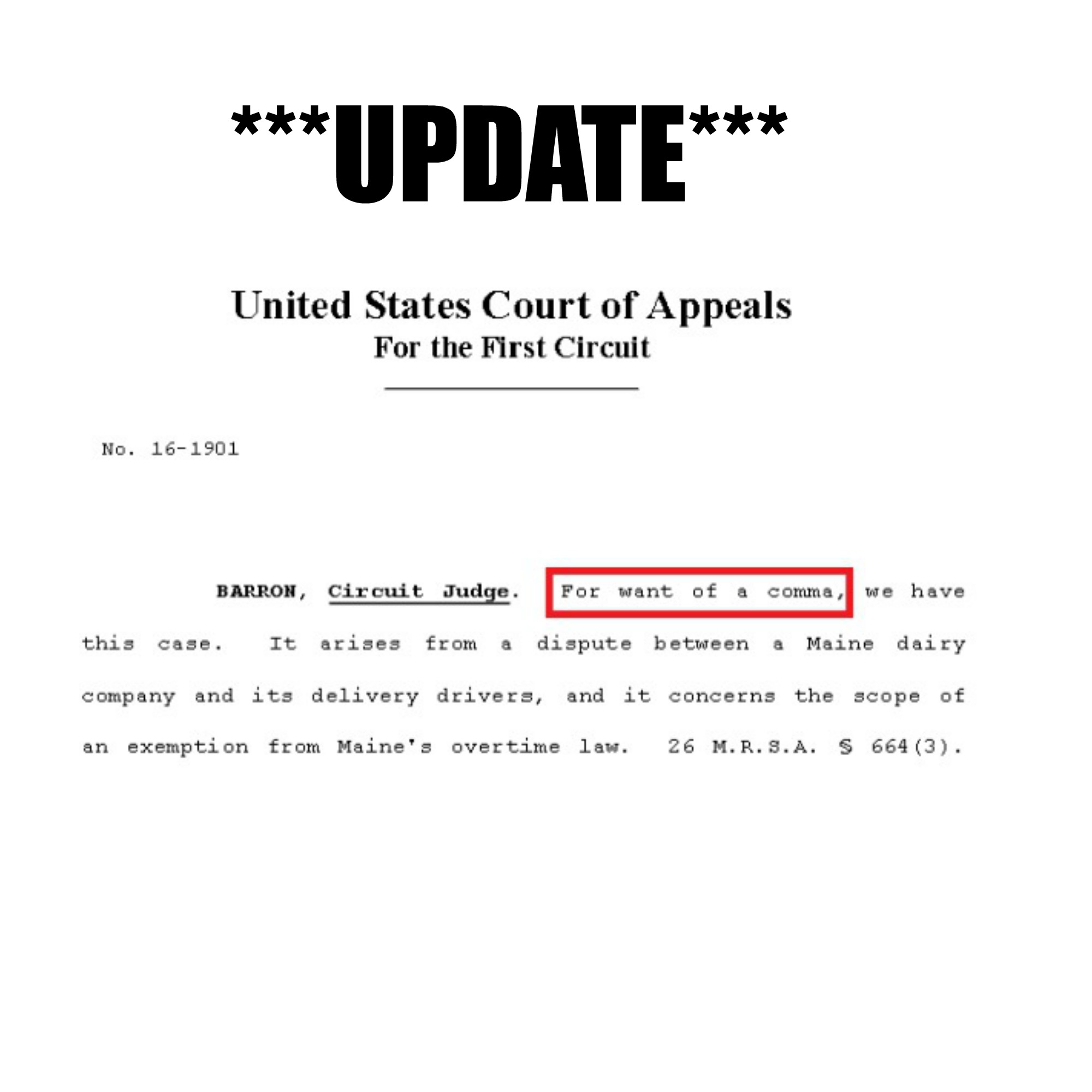 Nearly a year ago, I wrote a blog post about a case, the crux of which was the lack of an oxford comma. Here is the section of that post quoting the language missing the Oxford comma:

The Oakhurst Dairy drivers who brought the case had asked for $10 million. Court documents filed last week indicate the case was settled for $5 million. All for the want of a comma . . .

I saw this one on the freeway and just wondered why the random exclamation point was there. Yes, I’m sure 500 BBQ awards is pretty impressive, but put it at the end of the complete thought please! 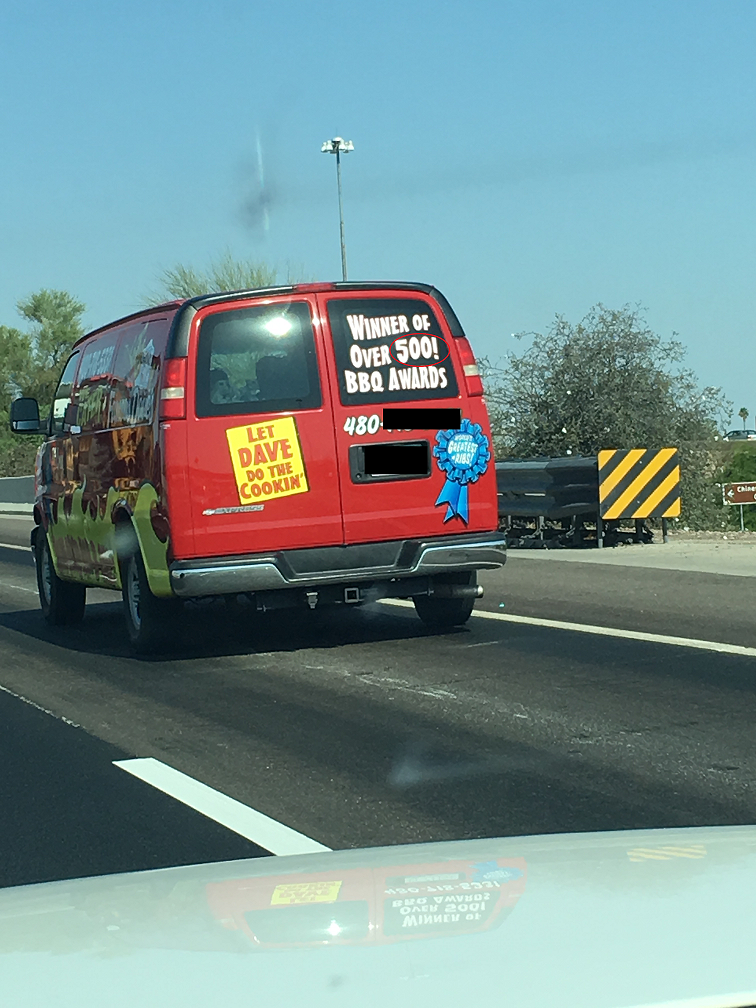