I saw this sign at a local car wash and it reminded me of Guest Blogger Kerie Trindle Byrne’s article “Is Good Grammar Old-Fashion or Old-Fashioned?” The sign is advertising what seems to be a valid service except I’m pretty sure they are advertising a gentleman with a stool and a polishing cloth, which is an “old-fashioned” shoe shine. 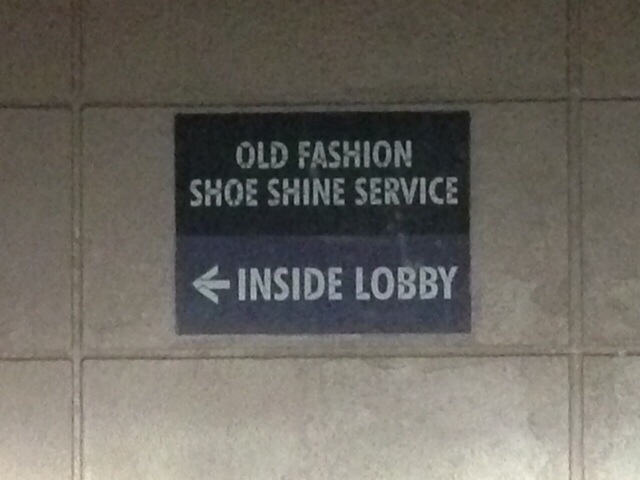 Driving down a main Phoenix street the other day and this caught my eye. Probably because a family member lives in Albuquerque so I actually use it more than usual and have to say it in my head by syllable to get it right, but obviously the sign painter for this local bus company didn’t pronounce the syllables correctly. 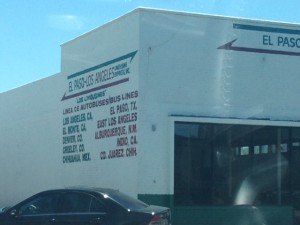 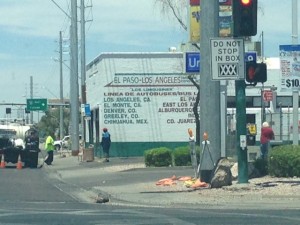 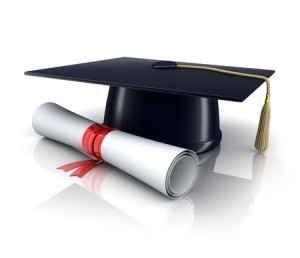 This is particularly appropriate as we have a heat advisory here in Phoenix for tomorrow and they expect it to be near record heat at 111. THAT is stinky weather! 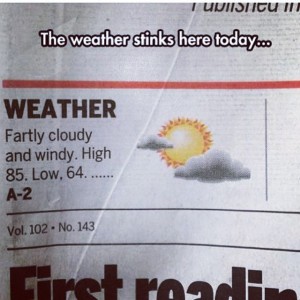