Are Entities Singular or Plural? 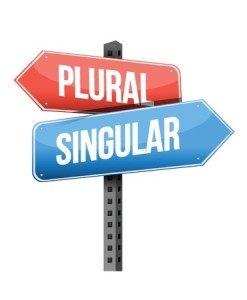