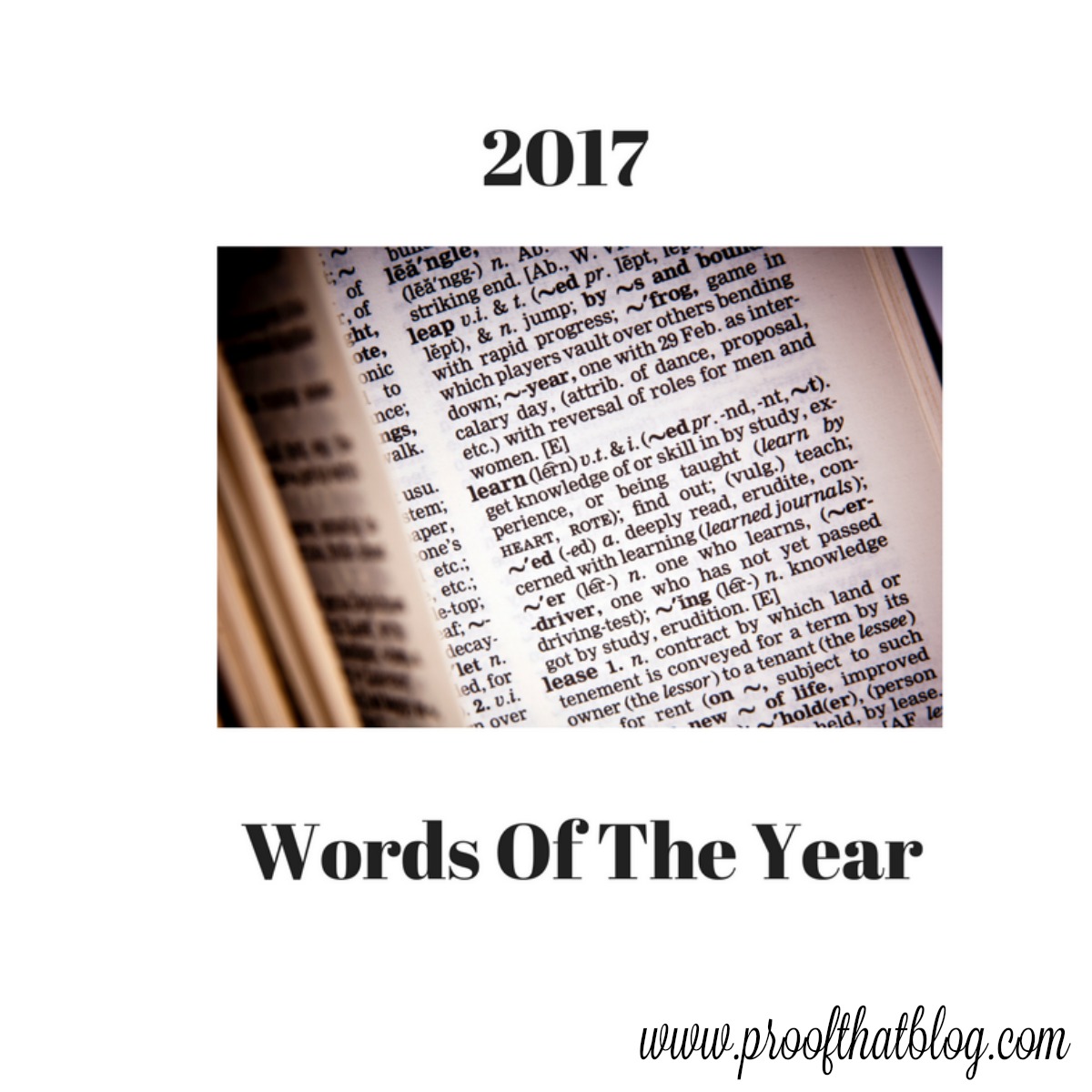 Oxford Dictionaries’ Word of the Year for 2017 is youthquake. Youthquake is a noun defined as “a significant cultural, political, or social change arising from the actions or influence of young people.” The Oxford editors chose “youthquake” because their data showed an increase of over five times in usage between 2016 and 2017, particularly in June during the U.K.’s general election.

Dictionary.com chose complicit as its Word of the Year for 2017. Complicit means “choosing to be involved in an illegal or questionable act, especially with others; having partnership or involvement in wrongdoing.” More simply, it means being responsible for something at some level . . . even if indirectly.

The American Dialect Society chose fake news as its Word of the Year for 2017. They defined fake news in two ways, “disinformation or falsehoods presented as real news” and “actual news that is claimed to be untrue.” It was selected by the Society as “best representing the public discourse and preoccupations of the past year.”

Merriam-Webster’s Word of the Year for 2017 is feminism, which means “the theory of the political, economic, and social equality of the sexes” and “organized activity on behalf of women’s rights and interests.” The word was the top lookup on Merriam-Webster’s website in 2017, with spikes after news coverage and then news stories of whether the Women’s March on Washington, DC in January (and other related marches held around the country and internationally) was feminist. Kellyanne Conway caused another spike when she said during an interview that she didn’t consider herself a feminist. In that case, the news stories focused on the definition of feminism, which served as an invitation for people to look up the word. The releases of Hulu’s series The Handmaid’s Tale and the film Wonder Woman both created an interest in the definition of feminism. The recent rash of stories of sexual assault and harassment and the #MeToo campaign have also created an interest in the word.

So now your vocabulary is expanded by the 2017 Words of the Year. Don’t you feel smarter?