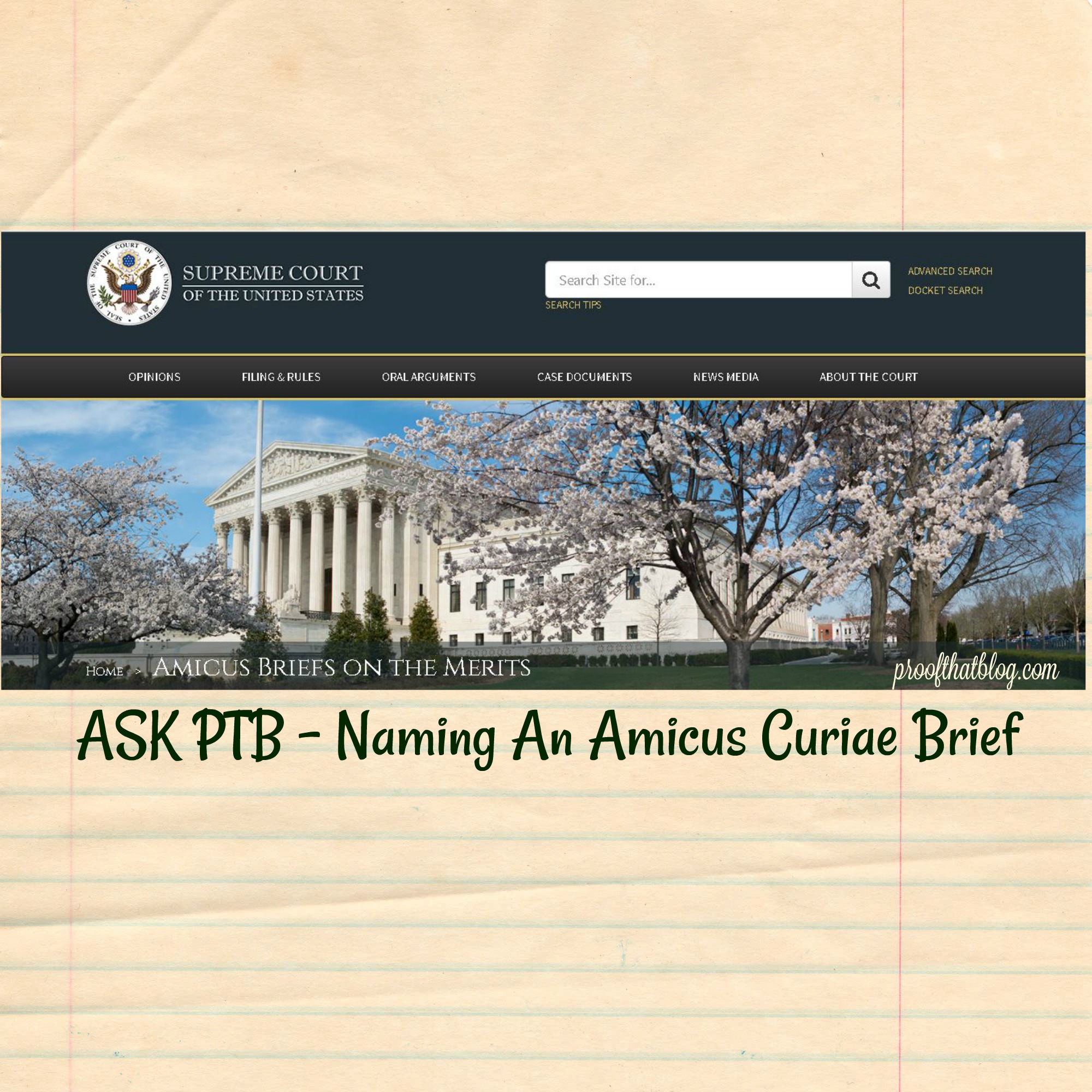 In researching the issue, I assumed the question was about filing an amicus curiae brief in the United States Supreme Court. The short answer is that there is no standard.

Here are examples of some of the titles of amicus curiae briefs I found:

There was mention that the requirements for the cover page of a Supreme Court brief are covered in Rule 34.1 of the Supreme Court Rules and it does apply to amicus curiae briefs. Those rules set forth that the cover page must specify whom the brief supports (e.g., the Brief of the Better Business Bureau as Amicus Curiae in Support of Petitioner).

The American Bar Association has a Template for USSC Amicus Brief – No Motion on its website at https://www.americanbar.org/content/dam/aba/publishing/preview/publiced_preview_briefs_pdfs_07_08_07_588_PetitionerAmCupacificlegal.authcheckdam.pdf. That template lists the title of the brief as “Brief Amicus Curiae of Pacific Legal Foundation in Support of Petitioners.”

Multi-state amicus briefs are a bit trickier to name. Some begin, “Brief of [or for] the States of _____ as Amici Curiae in Support of Petitioner [Respondent].” Others begin, “Brief of Amici Curiae States of _____ in Support of Petitioner [Respondent].” (The difference, for those of you who haven’t had your coffee yet, is the placement of the words “Amici Curiae.”) Either way is fine. Also, some multi-state amicus briefs list on the cover page the names of all the states that join the brief; others list only the name of the lead state, followed by the number of additional states that join (e.g., “Brief of Amici Curiae State of Michigan and 19 Other States in Support of Respondents”). Again, either way is fine, though I’m partial to the former approach.

So it appears to me that there is no specific requirement for how an amicus curiae brief is titled EXCEPT that it must specify the name of the amicus curiae parties and whom the brief supports.

I also contacted Cockle Legal Briefs (cocklelegalbriefs.com) which helps firms with U.S. Supreme Court and federal circuit court briefs to inquire as to their requirements for naming an amicus brief. They responded quickly and said that they didn’t believe that there is a required way to title the cover of an amicus brief. They attached samples for me that listed the amicus parties as:

They said that basically, the amicus party for whom you are writing the brief needs to be mentioned and whether that party supports the petitioner or respondent.

The long answer to the question is that either of the examples the reader gave in their question is correct. Each state’s appellate rules should set out any specific requirements for amicus curiae briefs, so if you are looking for information on filing such a brief in a specific state or federal court, check those specific court rules for their requirements.

If you have a question for Proof That Blog, click the Ask PTB tab on proofthatblog.com and we’ll find an answer for you.