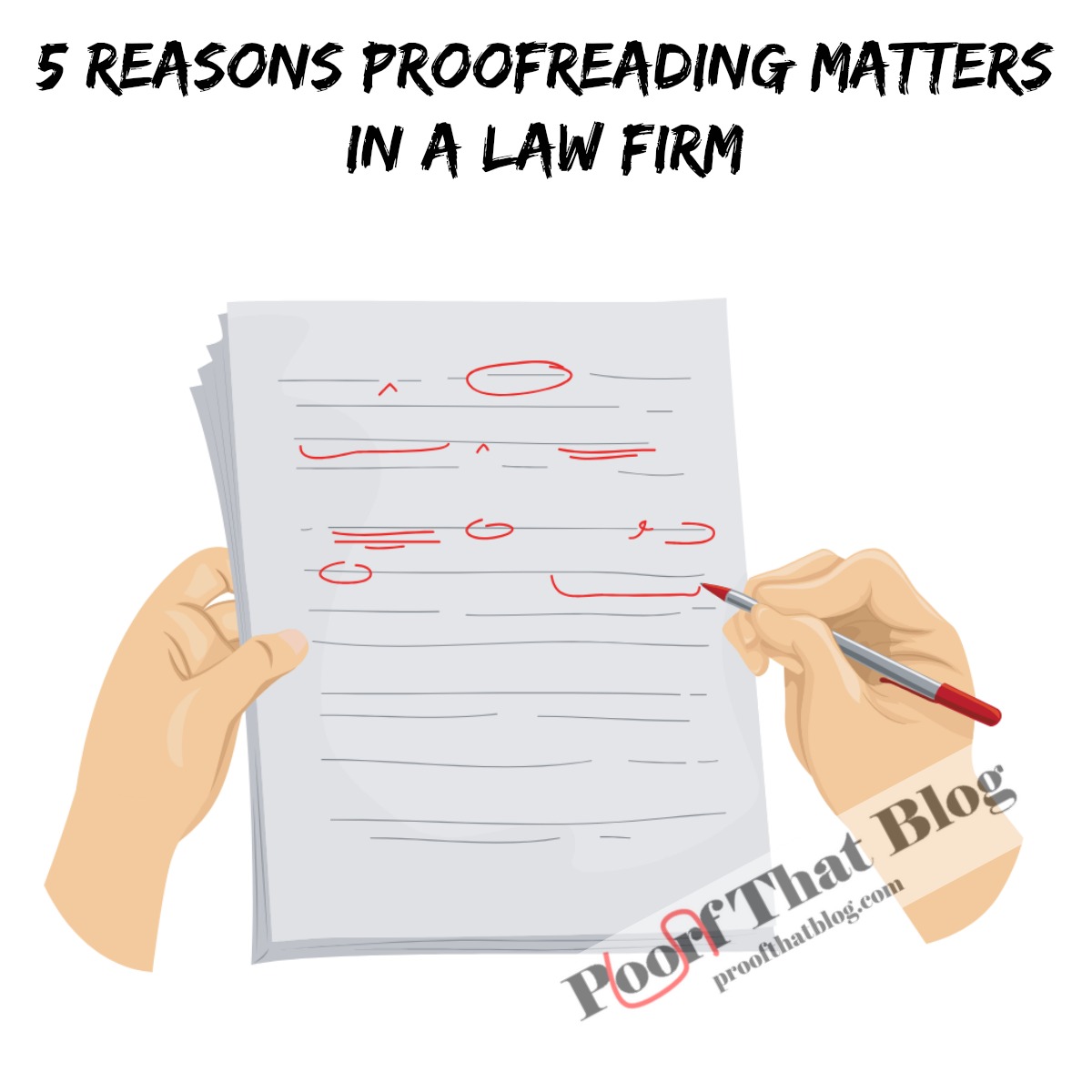 Proofreading is important in every office but has specific importance in law offices. Here are five reasons why:

“The Court notes Plaintiff’s proposed Second Amended Complaint is replete with grammatical errors, including improper punctuation, misspelling of words, incorrect conjugation of verbs, and lack of apostrophes when required for possessive adjectives; sentence fragments; and nonsensical sentences. The proposed Second Amended Complaint is also an eyesore, with its formatting errors and spaces.”

Judge Altonaga did rule that the plaintiff could file a second amended complaint, but plaintiff’s counsel must “certif[y] the pleading has been reviewed and approved by a teacher of the English language — such certification is to be included in the notice of filing the second amended complaint.” If you want the gory details, check out this Above The Law article – https://abovethelaw.com/2018/01/lawyers-pleadings-are-so-bad-that-judge-orders-future-filings-must-be-reviewed-by-english-teacher/

Another judge, U.S. District Court Judge Gregory A. Presnell of the Middle District of Florida, actually went so far as to redline a motion that he found “riddled with unprofessional grammatical and typographical errors that nearly render the entire Motion incomprehensible.” He returned the edited motion to the attorney with an order to “re-read the Local Rules and the Federal Rules of Civil Procedure in their entirety . . . [and] personally hand deliver a copy of this Order, together with the Court’s [edited motion] to his client.”  Those details are at http://apps.americanbar.org/litigation/litigationnews/top_stories/presnell-redlined-motion.html. So not only did he get called out in an order from the judge, but the judge ordered the attorney to give his client a copy of the motion THAT THE COURT EDITED! Do you think the client will want to pay that bill?

I cannot imagine anything more embarrassing to an attorney or more devastating to a firm’s bottom line than these kinds of articles published about specific attorneys and firms.

One Response to 5 Reasons Proofreading Matters in a Law Firm